Locum, an abbreviation of the term “locum tenens” – literally, “place-holder” – refers to a substitute or a person who takes over another’s duties. The four sculptures united under this term craft their own substitutions, objects meant to take the place of familiar household objects. Through the act of crafting these non-functional representations, each artist asks us to think about our relationships to the domestic world and the symbolic weight that we invest in the commonplace objects around us. Executed in and with a diverse range of media and sculptural techniques, the works in this show have in common an exquisite level of tactility and an obsessive level of craft and attention to detail.
James Maurelle’s and Mariel Herring’s practices use familiar forms to investigate broader socio-political issues from a deeply personal perspective. Maurelle’s “Crip Walk I and II” are two of a series of eight pieces that explore the histories of militarization, gangsterism, global nationalism and the notion of duty. Herring’s “Worthy Hearts” and “Airing Out My Dirty Laundry” address issues of sexuality, assault, trauma and survival with wit and pathos. Jacintha Clark and Sarah Zwerling share an interest in memory – both personal and communal – and the marking of time. Clark’s delicate porcelain installations are inspired in part by her work as an architectural restorer. Her work explores the inner workings of our constructed worlds and their role as cultural records; in her piece, “Synchronicity,” the medium of porcelain becomes a physical embodiment of transition and fluctuation. The ghostly stack of books on Zwerling’s nightstand is a reminder of the things she (and we) intend to do when our schedules allow, a symbol of simultaneous regret and optimism, and a nostalgia for a less technologically-mediated past. -From show catalogue. 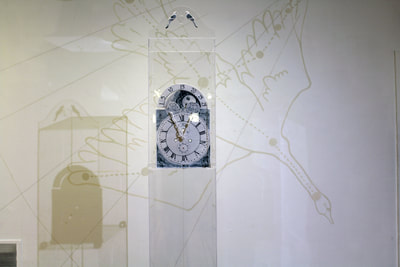 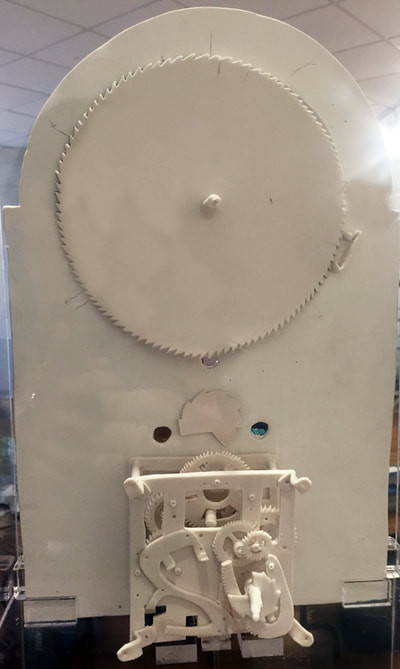 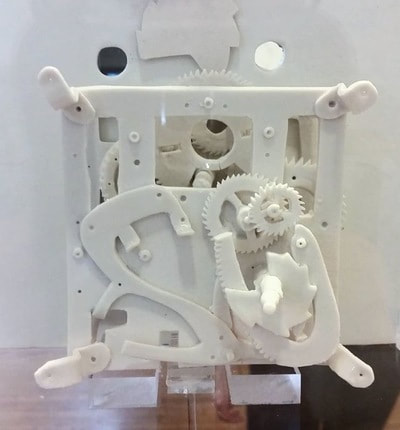 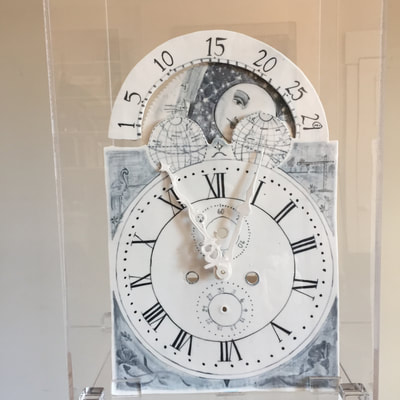 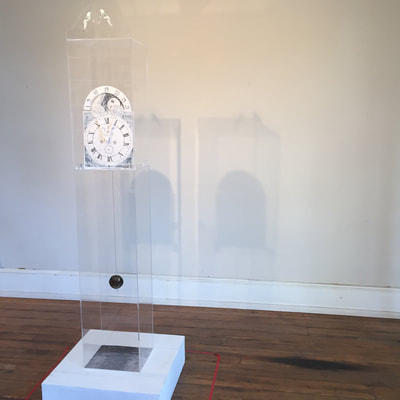 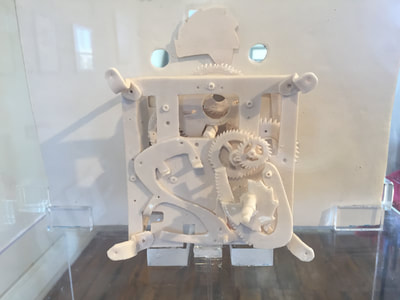